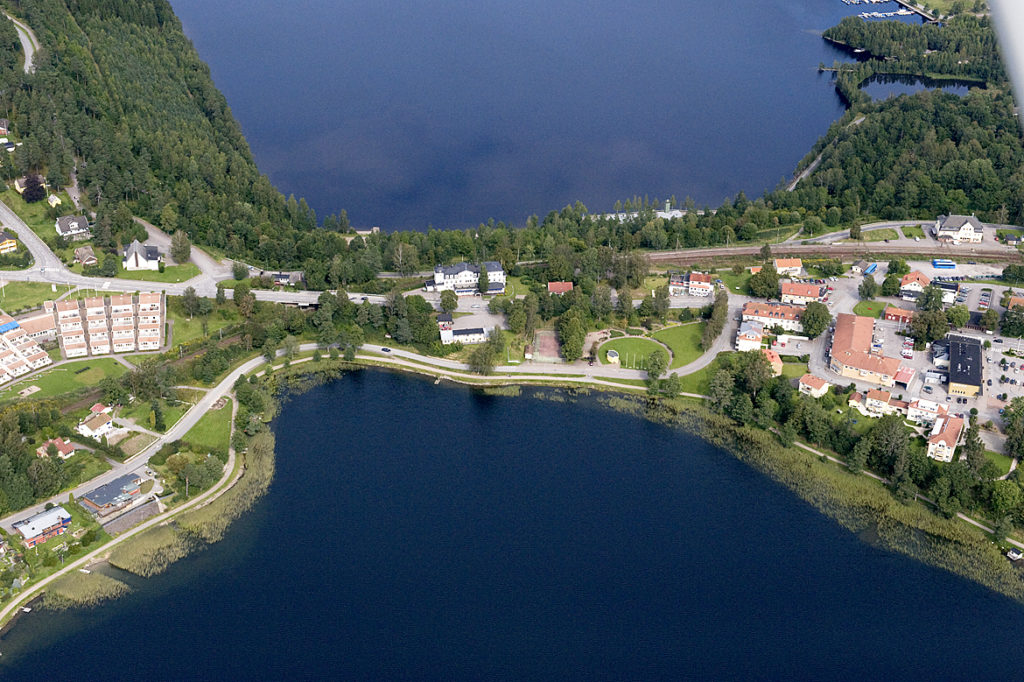 Since many years, the business environment in Dals-Ed has belonged to the best amongst Sweden’s municipalities. This positive environment is in part the result of a good spirit of understanding and fast, open contact channels between municipality and companies.

In Dals-Ed, Norwegian businesses cross the border to reach the EU and to find competent labour. Norwegians travel to Dals-Ed for buying goods and services. Thanks to the proximity to Norway and the good railway connections, there is a major potential for companies that want to focus on doing business in the border area. Web-based commerce is advantageous because of the low costs for business spaces and effective connections.

Due to the favourable cost structure, callcenter services are on the increase in Dals-Ed. Also with respect to the experience industry and tourism, there’s a major potential for growth here.

The expertise that dominates trade and industry in Dals-Ed lies in cross-border trading, agriculture and forestry and the mechanical industry. Most importantly, the municipality is characterised by a solid entrepreneurial spirit.

By means of each teacher at the school´s advanced stage having his or her own contact in local trade and industry, it is facilitated for businesses to cover their long-term qualification needs. Students learn at an early stage which companies and professions are represented locally.

The Scandinavian School of Civics and Tourism Utsikten is the first upper secondary school with a Scandinavian orientation in Sweden. Here they have a social sciences programme and a hotel and tourist programme with a typical Scandinavian profile, where all students speak their own language.

In the municipality, we find several industrial estates in favourable locations, and good traffic and railway connections. There’s a good availability of land for industrial purposes in Dals-Ed, and the same applies to commercial and office spaces.

There are plans for developing an internal cycle of sorts for the Jordbron industrial estate. The thought behind it is that the businesses on the estate will exist as much as is possible in a network that would act as an industrial symbiosis. They could for instance use common services for purchasing and logistics. What can be a residual product for one company can be an asset to another.

Everybody knows everybody in Dals-Ed. That is the foundation for the very strong and often informal networks that can be found everywhere. Due to the fact that business owners know each other, it’s easy for them to establish a cooperation. The contacts between trade and industry and the municipality work in much the same effective way. That’s why it’s good to be an entrepreneur in Dals-Ed.

The Business Council is a more formal forum for networking between the municipal council, politicians and business organisations. The Council’s objective is to develop local trade and industry.

A cross-border network is in place between Halden and Dals-Ed with its neighbouring municipalities. This network was born out of the possibilities that businesses have to benefit from each other´s resources and capacities.

Entrepreneurs in Ed can find inspiration and networking possibilities through the Företagarna and Dals Ed Handel organisations.

In Dals-Ed, home-ownership is the most common form of housing. Prices for buying a building plot with connections for water supply and drains is quite low compared to the prices in the major cities. House prices are also low. All of the rented apartments in the main town are less than 2 kilometres from the town centre and never further than 500 metres from a lake or a tarn.

Dals-Ed is a juncture. The train between Gothenburg and Oslo has a stop here, and all of the traffic from the east to the northern parts of the west coast, which is only 60 kilometres away, passes here. Travelling by car to the nearest domestic airport takes about 75 minutes and if you need to take an international flight from Norway, it will take you 90 minutes to get there.

Culture and leisure activities are very much characterised by the great number of events the highly active associations organise. All people in Dals-Ed are in one way or another member of one or more associations.

The market in Ed takes place twice a year – in the spring and in the autumn. Traffic through town is shut down, and the entire community is filled with people who are looking for bargains. The market attracts approximately 15,000 visitors and 300 stallholders. Currently, the market in Ed is one of West-Sweden’s largest markets, and at the same time it’s a major festival where you can bargain-hunt amongst offerings from both stallholders from all over Sweden as well as local merchants.

The Nostalgia Fair, with gadgets that will make people remember, has become an annually recurring event. During the summer season, social evenings always attract a crowd.

Martin Carling, Chairman of the municipal executive board
+46 (0)534-190 03
martin.carling@dalsed.se